January 16 is Martin Luther King, Jr. Day, and libraries across Pennsylvania are celebrating Dr. King’s life and work. The Pennsylvania Library Association and it’s literacy initiative, PA Forward, have put together this list of books that can help readers learn about Dr. King, the causes he dedicated his life to, and the events that shaped him into an inspirational leader.

You can check out or put on hold these titles at any Lackawanna County Library System library. To find more materials on Dr. Martin Luther King Jr., you can search our catalog: https://lackawanna.sparkpa.org/eg/opac/home 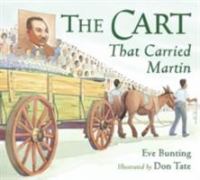 The Cart that Carried Martin by Eve Bunting – The cart that carried Martin Luther King, Jr.’s body through the streets of Atlanta was an old wooden cart drawn by two mules. Bunting uses the cart to tell the story of Dr. King and of the mourners who gathered to pay their respects to him. Recommended for kindergarten-grade 2, with illustrations by Don Tate. 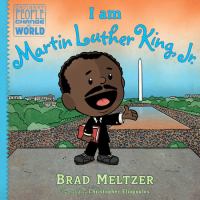 I am Martin Luther King, Jr. by Brad Meltzer – The eighth book in Meltzer’s Ordinary People Change the World picture book biography series is a “strong, accessible intro to King’s life,” according to Common Sense Media. Told in first person, with comic-like illustrations by Christopher Eliopoulos, the book covers King’s childhood through his greatest accomplishments. Recommended for kindergarten-grade 3. 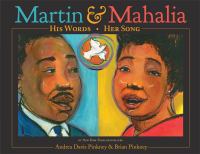 Martin & Mahalia: His Words, Her Song by Andrea Davis Pinkney – Pinkney weaves together the stories of Dr. King and gospel singer Mahalia Jackson, who shared a pivotal moment in civil rights history, as they stood together on the steps of the Lincoln Memorial on the day King delivered his famous “I Have a Dream” speech. Pinkney’s husband, artist Brian Pinkney, drew the illustrations for the book, which is recommended for grades 2-4. 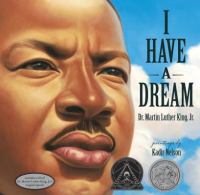 I have a Dream by Martin Luther King, Jr. – The text of King’s powerful speech is paired with paintings by Caldecott Honor winner Kadir Nelson in this book that King’s daughter, Dr. Bernice A. King, calls a “beautiful and powerful illustrated edition” of her father’s famous “I Have a Dream” speech. The book includes an audio CD excerpt of the speech and is recommended for grades 2 and up.

Turning 15 on the Road to Freedom: My Story of the Selma Voting Rights March by Lynda Blackmon Lowery – Lowery was one of the youngest participants in the 1965 voting rights march in Alabama, and she recounts her experiences – she was jailed 11 times before her 15th birthday — in this straightforward and moving memoir. Black and white photographs and color illustrations by P.J. Loughran, provide appeal for reluctant readers. Recommended for grades 5 and up.

March: Book One by John Lewis – This graphic memoir, the first of three volumes, tells the story of Congressman John Lewis’s lifelong fight for civil rights, including his life-changing meeting with King, his training as a nonviolent protestor, and his experiences on “Bloody Sunday” on the Edmund Pettus Bridge in Selma, Alabama in March 1965. Recommended for grades 8 and up.

We also have adult non-fiction books about Dr. Martin Luther King Jr. Here are a few titles suggested by our librarians.