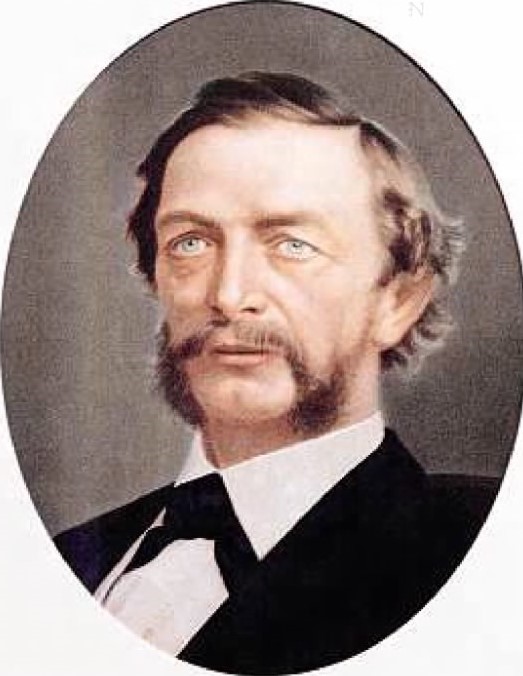 Recently, the Scranton Public Library’s Reference Department became aware of documents from former Scranton Mayor Robert H. McKune in our collection. Before becoming Mayor, McKune traveled to California during the Gold Rush, fought in the Battle of Antietam during the Civil War, and was appointed as a U.S. commissioner. In 1875, he was elected as Mayor of Scranton and is most known for his role in the Great Railroad Strike of 1877. Many of the documents found in the collection pertain to the Railroad Strike and his personal role in the events of that year.

Economics were the main cause of the Great Railroad Strike of 1877. During the Civil War, railroads became a major industry in the United States. Many companies were able to grow businesses, expand, and employ large sections of the population providing a reliable and stable source of income. The booming industry started to massively decline in the early 1870s when a series of economic problems began to affect the United States.  Resulting from property damage sustained in the Chicago and Boston Fires, world events, and the switch to the Gold Standard, a significant drop in bank reserves in the United States occurred. This was the beginning of The Panic of 1873, or the Long Depression, that lasted until 1879.

The Great Railroad Strikes of 1877 began in West Virginia where the Baltimore and Ohio Railroad cut wages by 10%, which was the second time in eight months. Railroad companies cited the ongoing economic crisis as a reason for the cuts. On July 16, 1877 the already poorly paid workers decided to strike and stop trains from leaving the B&O station. These actions quickly spread across the country, most notably to Pittsburgh where the Pennsylvania National Guard and Federal Troops were utilized to end the strikes

Locally, in both 1874 and 1876, mine workers’ wages were slashed 10% and 15% respectively resulting in smaller strikes. These cuts also impacted railway workers due to the lack of transportation of coal from the area. On July 23, 1877, workers of the Delaware, Lackawanna, and Western Railroad Company and Lackawanna Iron and Coal Company walked off the jobs due to the most recent cuts to their wages. With almost every industry in the city at a standstill, meetings between workers and company managers began to happen. Workers wanted a raise in wages, which the railroad and coal companies refused. The strikes marked by periods of unrest and violence would continue through October.

Over the course of the next month, the Reference Department of the Scranton Public Library will be sharing a selection of the letters, telegrams, and proclamations found in Mayor McKune’s papers on the dates they were written or issued.  The posts will focus on the period of unrest in the city from late-July through August that resulted from the Great Railroad Strike 1877. Join us as we explore and learn about the history of Scranton.