Former WNEP-TV news anchor, Marisa Burke, will be at the Carbondale Public Library to talk about her experiences and to sign copies of her new book Just Checking Scores: TV Anchor Publicly Shamed by Husband’s Secret Sex Life.  Copies of her book will be available to purchase at the event for $19.95.

In 2012, Marisa’s life was shattered when her then husband, a prominent figure in Scranton and Northeast Pennsylvania, was arrested and later sentenced to 14 years of prison for online enticement of minors.  Rather than reporting the news, she became the subject of it; having to endure the shame and embarrassment of anchoring the same newscasts in which her husband’s charges were being reported.  Thrust into a stage of deep despair, Marisa had to keep life going for herself and her two daughters who were classmates of some of the victims.

Nearly a decade later, Marisa has released her book in the hopes that it will empower other victims of lying, deceit, and betrayal from loved ones leading a double life. 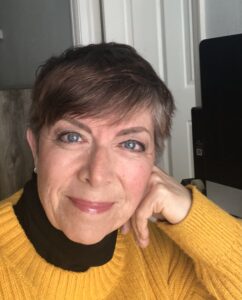