January 21, 2022
The Carbondale Public Library is hosting a Murder Mystery Game over Zoom on Tuesday, February 15th at 6PM.
Everything is going wrong on the Valentine Cruise aboard the Love Bucket. The water is choppy, the food is terrible, and, worst of all, a diner took a nosedive into his soup! Who killed him? Was it the cook? Was it the ex-girlfriend? Was it YOU?
How to play:
1) Register by calling the library or messaging us on Facebook. REGISTRATION IS REQUIRED!
2) Choose from 20 different characters or asked to be assigned a random character. For a list of characters visit: https://www.facebook.com/events/682430779865879/?ref=newsfeed.
3) Before the day of the event, you will be emailed a Zoom link, a script (with “guilty” and “innocent” lines), a list of questions, and a secret number (DO NOT LET ANYONE ELSE KNOW YOUR NUMBER!)
4) On the day of the event, a secret number will be picked. That person reads their guilty lines while everyone else reads their innocent lines.
5) After three rounds of questioning, everyone guesses who they think the killer is.
6) Innocent players are revealed one-by-one until, finally, the killer is revealed in a shocking confession!
Costumes and acting skills are not necessary but can be fun.
**NOTE: The library is considering turning this into a regular program (tentative title “Know Skit, Sherlock Club.) If you cannot make this event but would like to join us for future murder mysteries, let us know what days of the week and times work best for you.** 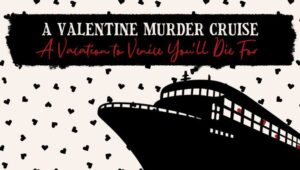